[Redacted December 2017] is a paper-based project that responds to the controversy surrounding seven words that were allegedly banned by the Trump administration from usage in the Centers for Disease Control and Prevention (CDC) budget documents: "science-based," "evidence-based," "diversity," "fetus," "transgender," "vulnerable," and "entitlement." Although initially reported by the Washington Post in December 2017, the CDC and the Department of Health and Human Services have since denied the accuracy of the story. Regardless of the ultimate veracity of the ban, [Redacted December 2017] interrogates the performative act of banning words, which operates by limiting particular understandings of those words irrespective of how they are actually used or how frequently (or infrequently) they appear. To do so, this project removes the seven banned words from printed copies of recent CDC budget justifications (digitally and through the use of white out). The words are then written back in using invisible ink that is readable with a UV light. [Redacted December 2017] situates the absence and presence of these banned words back in their actual contexts of use by the CDC, revealing how frequently (or infrequently) words are used as well as their different registers of meaning. This project was first shown under the Fashioning Circuits' exhibition titled Words Matter at the HASTAC 2019: Decolonizing Technologies, Reprogramming Education.

The Great Unfriending: A Player's Handbook (2017) 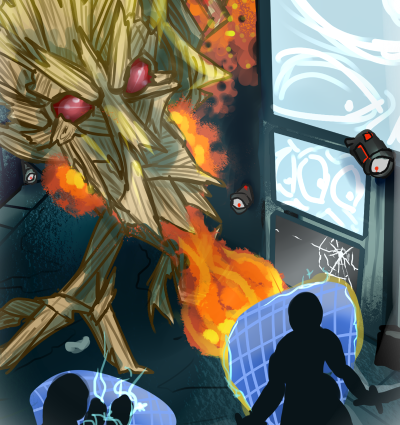 The Great Unfriending: A Player's Handbook challenges the recent popular discourse critical of unfriending practices on social networks. Through the form of a player’s role-playing handbook, The Great Unfriending advocates deliberate and thoughtful management of social media connections, including using the powerful act of unfriending. The handbook frames players as heroic agents tasked to neutralize the dangers of the network by presenting the network as a hostile cyberpunk-esque wasteland rife with fantastic enemies and hazards that are particularly antagonistic, threatening, and vile toward women, people of color, and other marginalized identities. The handbook invites players to reevaluate the fantasies of public discourse, free speech, and anonymity that actually facilitate flaming, trolling, and other forms of online/offline harassment. The Great Unfriending encourages players to adopt deliberate roles, powers, and strategies to confront and take down the network. This project was first shown at the Queerness and Games Conference 2017 Arcade.

IMMERSe postdoctoral scholar Amanda Phillips and I developed and coordinated a series of game design workshops leading to game jams at UC Davis under the banner of GameCamp!. The workshops cover a range of game design skills and strategies as well as technical introductions to game development tools including Unity®, GameMaker Studio, Twine, and Scratch to encourage involvement from the campus community by those interested in game design but who may have little experience in programming. Record of the workshops held--including instructional materials to host the workshops--as well as game jam submissions are availabe on the GameCamp! website. GameCamp! ran for two years while both Amanda and I were at UC Davis.

The Contours of Algorithmic Life (2014)

Several graduate students and I organized this conference in the spring of 2014 at UC Davis. After proposing the theme of "The Contours of Algorithmic Life," we generated a CFP and compiled an exciting program filled with presentations, performances, and project demonstrations that explored how algorithms increasingly shape our world, our thoughts, our economies, our political lives, and our bodies. The original call for papers and the final conference program and schedule is available on the conference website.

The Civility Project is a four-part interdisciplinary project that interrogates what we mean by the term 'civility,' through an original documentary theatre piece, an archival exhibit of hate speech pamphlets, a sociological study of campus discourses of civility, and an online presentation of the history of civility, free speech, and hate crimes in the UC system. I served as a graduate fellow and concept designer for the web components of The Civility Project, working mainly on the online history "The Limits of Civility" and the online presentation of the sociological study "Making Sense of (In)Civility." This project was sponsored by the the National Endowment for the Humanities, the UC Davis Office of the Chancellor, the UC Davis Humanities Institute, the California Cultures Initiative, the Office of Campus Community Relations, the Peter J. Shields Library, and the Department of History. 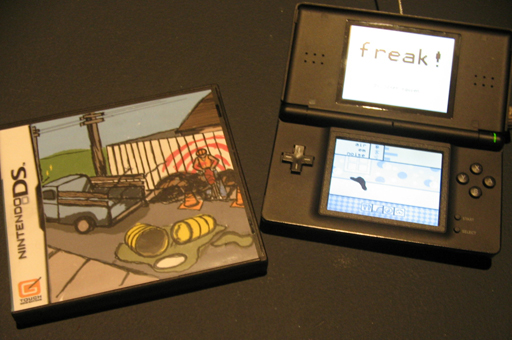 freak! is a project I developed to involve community members in the work of environmental health research with a playful approach that uses game technologies. Inspired by 1990s virtual pets, freak! is a Nintendo DS that has been modified and instrumented with various sensors to detect different kinds of pollution: air pollution, electromagnetic radiation, and noise pollution. In order for the virtual pet freak! to stay alive, the player must expose the device to high levels of the detectable pollutants. In working to care for the pet, the player endangers him or herself. The motivation behind this project is to provide a playful means by whicheveryday users can explore their environment, searching for pollutants. Additionally, it is intended to spark conversation about pollution levels, interpretations of sources of pollutants, as well as the nature of toxicity levels in terms of what is deemed as pollution. The project debuted at the ACE 2009 Graduating Show at UCI.